Microalgae species appeared in the FAO statistics in 2003 with the Chinese production of several species of spirulina, which was first recorded at 16,483 t and rose sharply to 97,104 t in 2010. These microalgae have gained popularity as a nutraceutical all over the world. They are increasingly used as a dietary ingredient for poultry, and as a protein and vitamin supplement for aquaculture (Muller-Feuga, 2013).

Microalgae are required for the nutrition of the larvae of fish and crustaceans, either for direct consumption in the case of molluscs and penaeid shrimp, or indirectly as feed for the live prey fed to small-larvae fish. In all these cases, the post-larvae are hatched, bred, and raised in specialized hatcheries (Muller-Feuga, 2013). As of 1999, aqua cultural hatcheries used approximately one-fifth of the 5,000 t of yearly global microalgae production: 62% were molluscs, 21% were shrimp, and 16% were fish (Spolaore et al., 2006). It was estimated that of the 63 million t of aqua cultural production in 2005, 35 million t were fed only on pond-grown green water. In 2011, the total ingestion of green water microalgae by cultured fish and crustaceans via plank ivory was estimated at 240 million (Zmora et al 2013). 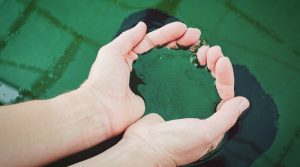 AIB has been producing clean Spirulina at a very low cost for food and nutrition. AIB’s current customers are mostly end-users who consume the “All 45 Essentials”, those who buy the “All 45 Essentials” powder for personal use. As our production facility expands, we will be able to supply B2B e.g. distributors and wholesalers for distribution in foreign countries. Our production systems are so much more cost effective and the produce much cleaner, such that the risk of our customers switching is low. Our current problem is supply ability. Also our “All 45 Essentials” is unique with no other similar product to be found.

Customers don’t need to modify their existing practices or behaviors to use the microalgae.

For the future, we see our market expand into other microalgae products and health products, and this needs the change of customers mindset to be healthy/healthier, plus use microalgae is more climate resilient as an agriculture produce.

We have agreements to establish production bases and marketing in India and Australia which will start soon after travel is possible. In terms of production, there is no known alternative as all other microalgae production systems are way too expensive. 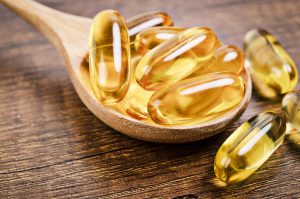 Certain species of microalgae are especially rich in two of the main types of omega-3 fatty acids: eicosapentaenoic acid (EPA) and docosahexaenoic acid (DHA). As such, these species are grown for their oil. One study found that the percentage of omega-3s in microalgae is comparable to that of various fish and the amount of omega-3s in algae is simulated their exposure to UV light, oxygen, sodium, glucose, and temperature. AIB is currently undertaken R&D on Algae Omega-3.

Their oil is extracted, purified, and used in a variety of ways, including to enrich animal, poultry, and fish feed. When you eat eggs, chicken, or farmed salmon that’s enhanced with omega-3s, it’s likely these fats come from algae oil. Algae oil is safe for most people and has fewer reported digestive effects than fish oil. It’s always best to consult your healthcare provider about dosage and potential interactions with your medications.

Algae is considered a primary source of omega-3 fats, and all fish, whether wild or farmed get their omega-3 content by eating algae All the same, scientists are able to select and grow certain strains that are higher in omega-3s. As algae grows very quickly and doesn’t contribute to overfishing, it may be more sustainable than fish oil supplements . What’s more, because it’s grown under controlled conditions and purified, algae oil is free from toxins that may be present in fish and fish oils. 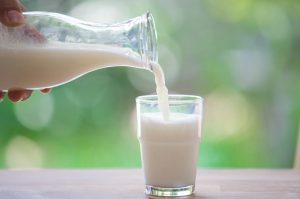 AIB is currently undertaking R&D on the production of “algae milk”. A San Francisco-based company Solazyme, who is an innovator in microalgae, introduced algae milk at the Natural Products Expo West, 2020. The product allergen-free; free of dairy, soy, lactose, and nuts. This makes it potentially a great source for vegans and individuals on a limited diet.

Algae Milk comes from a flour that is made from microalgae grown in man-made industrial vats (instead of natural bodies of water). This flour was developed to help food manufacturers make healthier products with lower saturated fat and higher protein content, and it’s one of many whole algae flours within the company’s product line Almagine HP.

It contains 50% protein, 20% fibbers, 10% healthy lipids (microalgae in general is a great source of omega-3 fatty acids), plus several micronutrients and trace minerals. However, it’s unclear what the exact nutrition breakdown per eight ounces of this “milk” is and what other ingredients might be added.With further R&D, Algae Milk will be coming to the supermarket shelves soon.