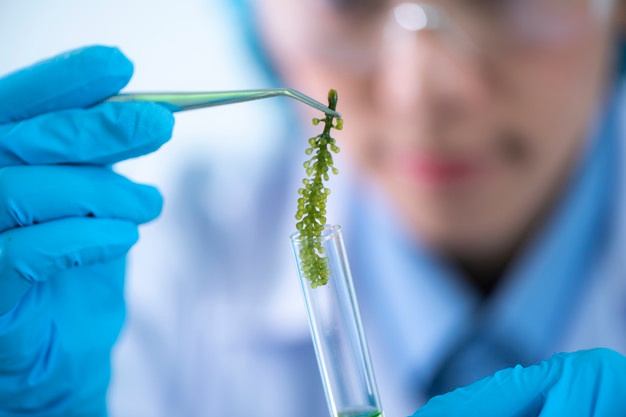 Research and development of low-cost microalgae production systems were started in early 2006 by Jagjit Singh Kaurah (Jag), the founder of AIB.

From 2006 to early 2007 work on the system resulted in the first patent filed in Malaysia for the Floating Bed Method FBM in Feb 2007. This patent was published by WIPO in September 2008. It caused a major sensation – large numbers of universities, research organizations including NASA and the Weizmann Institute and many private organizations tried out the system for themselves:

In all, about RM 8 million has been spent on R&D for over 10 years. The Malaysian Ministry of Science, Technology and Innovation (MOSTI) partly funded the R&D from December 2008 to December 2010 granting a total sum to this project about RM 946,000. In addition to that, SME Corp, a Malaysian Government Corporation granted around RM 400,000 for HIP-2 Program for commercialization.

The Malaysian Government has granted Bionexus status to AIB. AIB was incorporated for the purpose of further developing and commercialising the technology developed for microalgae and associated systems. It is a Malaysian majority public company owned by its shareholders.

AIB developed a small commercial farm using its Floating Bed Method (FBM) in Linggi, Negeri Sembilan in 2011 and operated it through 2013 based on the research work completed until then. This plant successfully produced clean spirulina economically. From Mid 2014 an improved system called COSMAC has been developed and demonstrated. This system is capable of producing algal biomass competitive with agriculture and crude oil. AIB has also developed a Simple Low-Cost Microalgae Cultivation system (SILCOMS) for smaller start-ups.

Jag has continued to develop leading-edge technology to grow microalgae in clean closed systems. Jag’s objective, to make microalgae so competitive that normal agriculture would start changing to be microalgae-based even if it seems harder to prove than expected. The good news is that after 15 years of major work, ups and downs, sweat and tears, the Holy Grail has been reached – microalgae can now compete with normal agriculture. Now microalgae can help with climate change and human health as they are the healthiest food source too.